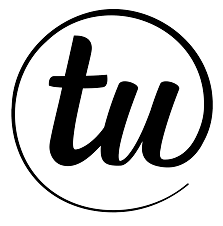 Why the Audience Matters

As audience members and consumers of media, we might sometimes feel like content is just being thrown at us without having much of a say in what we see. However, this is not the case.

For one, movie studios, content creators, television networks, etc. rely on viewership for money. Therefore, they have a responsibility to please their audiences and make them happy. Although they have other people to answer to, being an audience member means that we can dictate what we do or don’t want to consume.

We have seen the effectiveness of a strong fanbase in bringing in money and creating hype.

This is evident with the Twilight and Hunger Games series, both of which earned a strong fan community through their respective books. When the movies were announced, there were already millions of people anticipating the release, eager to see their favorite characters come to life.

Additionally, fans have played a strong part in deciding which shows get to continue. When Brooklyn Nine- Nine was cancelled by FOX after 5 seasons, fans took to Twitter to express their disappointment. Less than two days later, it was announced that NBC would pick it up for its 6th season. A few years later, the show is coming to an end after season 8 which premieres later this year.

While the decision by NBC was not based on tweets alone, it can’t be argued that seeing the fans’ outcry for more seasons did not play a part in it.

Content creators and influencers have become a big source of entertainment in the media. They have also built up large followings, many of which care about them and what they do.

A common trend we’ve seen with these influencers is the start of their own company. For example, beauty guru YouTuber Kathleen Lights has successfully owned a nail polish brand for a few years now. There’s no doubt that her subscribers make up a significant amount of her customers.

The support of their viewers play a big part in the success of their outside endeavors. Just as we can contribute to their success, lack of support can also be detrimental.

When many of Jeffree Star’s fans boycotted his channel and products due to problematic behavior, we saw many of his partnerships back out. Morphe, for example, announced that they would be terminating their collaborations with him.

Viewers care about the stories being told

After fans called out the Bachelor franchise for their lack of diversity and inclusivity, members from Bachelor nation started a petition asking for more representation within their franchise. Shortly after this, the show cast Matt James as their first Black bachelor.

This shows that viewers aren’t just idly watching their favorite shows, they actually care about the types of stories they’re telling. It’s about time that the Bachelor franchise included more BIPOC stories, because those deserve to be told too.

Similarly, when showrunner Jason Rothenberg killed off Lexa in The 100’s 3rd season, many fans were outraged. The show’s ratings dropped significantly afterwards. Lexa was part of one of the only queer couples of the show. Many fans appreciated her relationship with Clarke for its representation. After her death, some viewers decided that they no longer wanted to support the show.

Viewers look for stories that let them know they are not alone. They want to see people who are like them represented on their screens. Because movies and TV shows can reach such a large audience, these types of stories can go a long way.

NFL Draft Preview: A look at potential draft picks for the AFC/NFC West 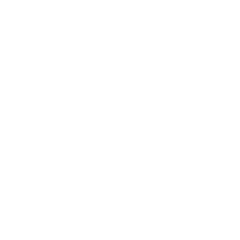